Dooyeweerd: Structural Principle of the State (12) 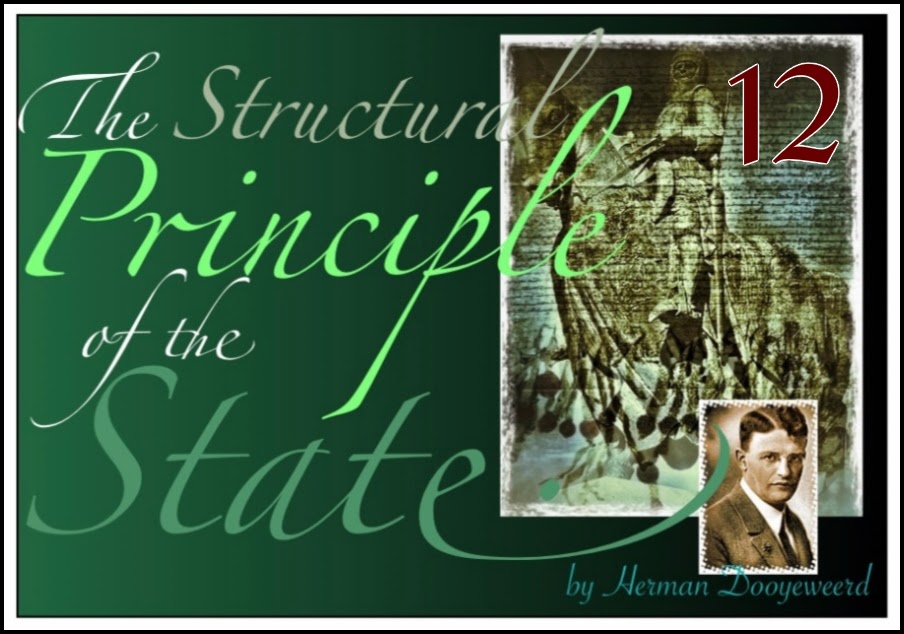 THE STRUCTURAL PRINCIPLE OF
THE STATE (12)
by Herman Dooyeweerd 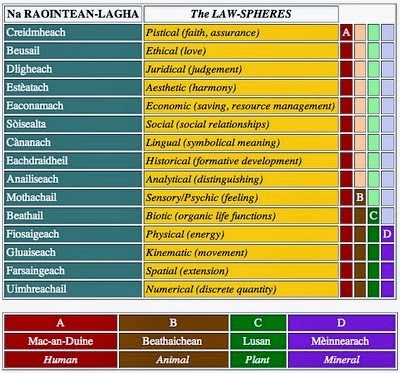 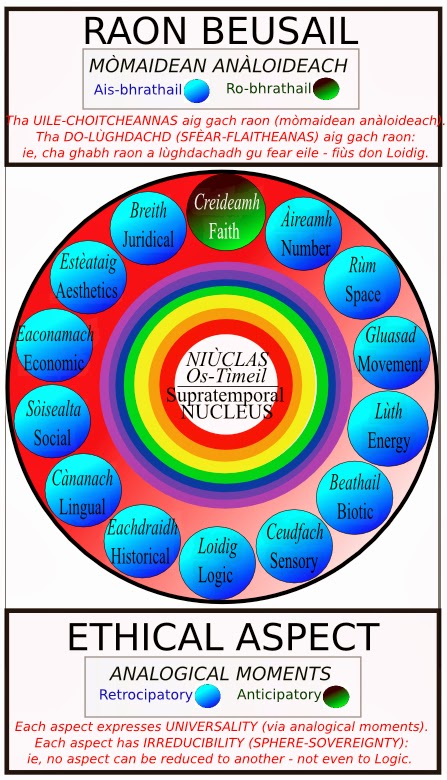 § 4 - THE STRUCTURAL PRINCIPLE AS IT EXPRESSES ITSELF IN THE DIFFERENT ASPECTS OF THE STATE-INSTITUTION, AND THE CHRISTIAN IDEA OF THE BODY POLITIC.
The structural principle of the State necessarily expresses itself in all the aspects in which this societal institution functions as a real unity. Our analysis will start with the moral function. The qualifying juridical function has already been amply discussed, and we will postpone the discussion of the function of faith to the end of this section. The reason is that this latter function presents particular difficulties connected with the idea of a Christian State, which we had better treat as a separate theme.

Is the State the subject or the object of love of country? The objective conception is impossible.
The second objection to the view that in love of country the State structure is subjectively manifest, is that the "native country" can never be the subject, but only the object of this love. When I made my first attempt to investigate the individuality structures of human societal life, I thought that the qualifying function of an organized community must always be its last subject-function in reality, and that such a community can only have object-functions in the later law-spheres. I drew this conclusion from the example of subjectively qualified natural things. But I very soon had to give up this view as contrary to the entire structure of human societal relationships.
If this view were true, a community for social intercourse (e.g., a club) or an economic-industrial community could never function as a juridical subject. This consequence conclusively proves the untenability of the hypothesis.
In love of country we may consider the country (in the sense of a political territory) as the object; but the national community of the State as such cannot be an object. The members of the nation can only be bound together by love of country in the subjective structure of the State's people. The second objection to the view that in love of country the structure of the body politic finds its subjective expression thus proves no more to be founded than the first.

The internal limits to love of country, and the principium exclusae collisionis officiorum.
Its internal structural principle delimits love of country so that this love can never become an unqualified totality of love relations revealing themselves within other individuality structures. State worship is utterly un-Christian also in its unbounded exaggeration of love of country. This love is limited by its own internal structure in all of the extremely intricate interlacements with the love- relations in marriage, family, kinship, Church, local, and occupational communities, international relationships, etc. If these internal limits are ignored, love of country will become intrinsically false.
The Aristotelian view that love of country is a "higher" form of love ("friendship", as it is called by ARISTOTLE) than that in family and kinship cannot be true. An argument for this view seems to be that, when the members of the same family or kinship have a different nationality, the duty towards the State should prevail over the natural bonds of blood. But this does not at all prove that love of country is higher than the other forms of love. It only proves that within its own internal structural limits love of country does not recognize any rival. But exactly the same thing applies to other societal structures of love. The love among the members of the same Church, e.g., does not allow of competition on the part of love of country. The latter should never divide the members of the same Christian Church within the internal love-relations implied in the community of faith. Similarly the mutual love among the members of a family must never be dominated in the internal family relations by love of country. The typical political relations are not included in the internal family relations. There can be no question of a real collisio officiorum in the normative relations of love. Such a conflict is precluded by the cosmic principle of sphere-sovereignty within the individuality-structures, just as much as cosmological antinomies are precluded by the principium exclusae antinomiae.
But this does certainly not mean that a confrontation with the different duties of love may not give rise to extremely painful tensions in our subjective feelings. Nor does it exclude real conflicts caused by an excessive expansion of the moral claims of the love of country, or of those of other societal structures of love-relations.
The principium exclusae collisionis officiorum, just as the principium exclusae antinomiae, does not imply a denial of conflicts on the subject-side of societal life and temporal reality in general. It only excludes a subjectivist denial of the cosmic temporal order, and the elevation of antinomies to the rank of a dialectical law of reality itself.