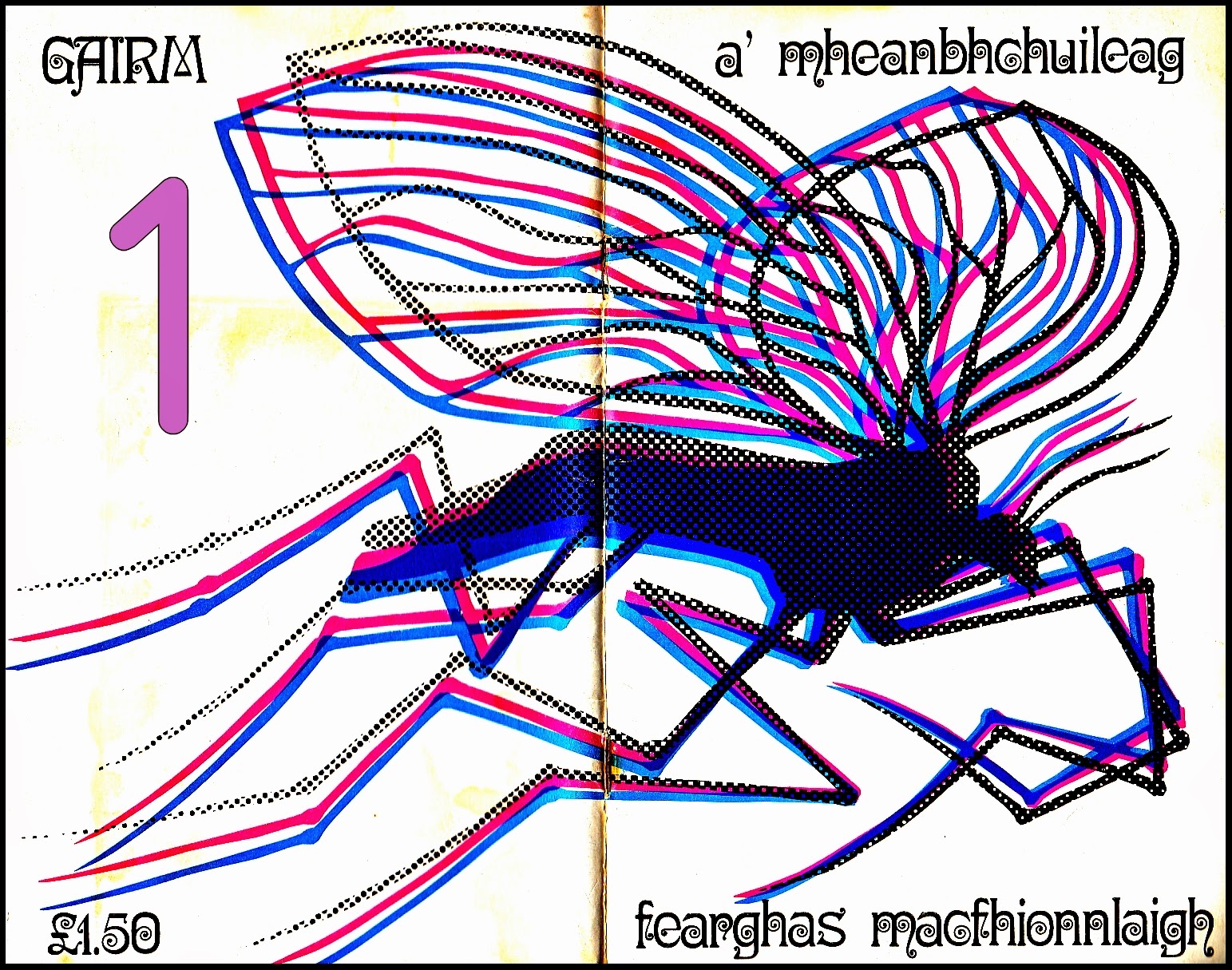 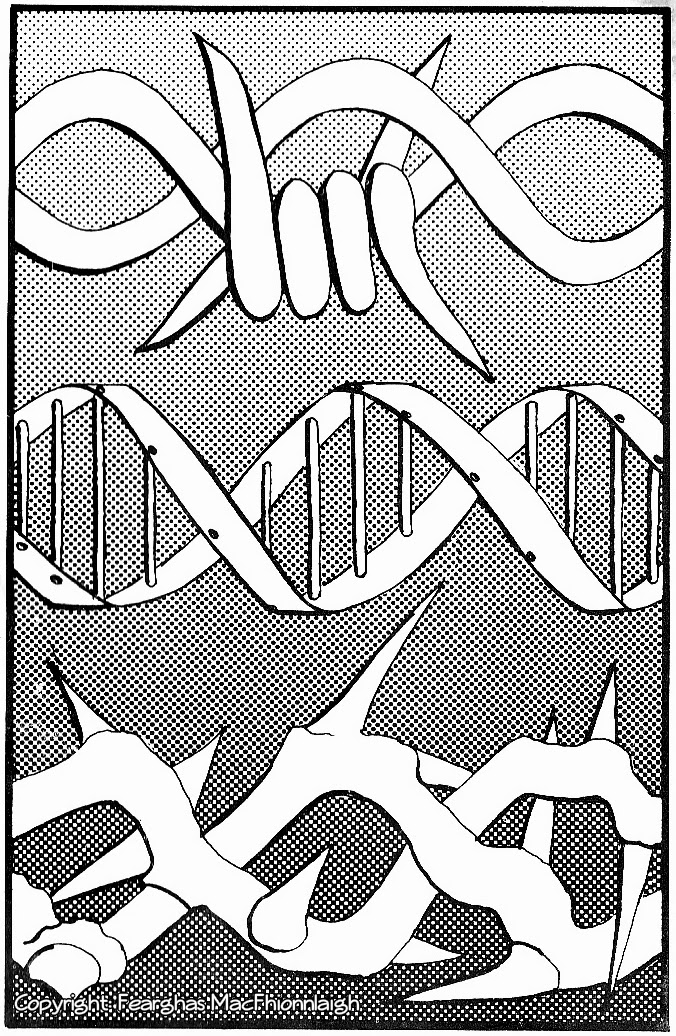 I was sitting once reading at a table
when I noticed a spider's web
outside the window
and a midge struggling in it.

I watched as the spider appeared.
I went back to my book.
Was that not the way of nature?
A midge and a spider on a web.
Vulnerability and power woven together.
But it troubled me.

It troubles me
that most of the world is under sea,
and half the day under darkness,
and the foliage of the two Poles under ice,
and Macchu Picchu a ruin,
and the dodo extinct,
and gravity fighting against us,
and a third of our lives spent in sleep,
and two thirds of our brain out of use,
and the mask of the universe having slipped
so there is no correlation between beauty and truth,
and lies riddling our planet
like maggots in a cat’s corpse,
and there is such a thing as that which is called death,
so that bones are more durable than brain
and plastic than love.

I'll tell you this-
I'm not Atlas;
I cannot bear the world.
I am only an atom on the surface of the globe,
struggling between fission and fusion.

It troubles me too
to see a country sink
like a sand-castle beneath the tide,
and a language thrown from us
like a faded paper flag,
and a weltanschauung forgotten
like an empty daydream,
and history disappear without a trace
like a child's footprint on the beach.

I'll tell you this-
I'm not Fionn;
I cannot bear my country.
I am only a cell in Scotland's body,
struggling to be a brain-cell.
I am small and fear small things:
the cancer cell that destroys a body,
the stupid word that destroys love,
the coin that sells a kingdom,
the split atom that destroys Hiroshima,
the poisonous virus, the enemy bullet,
a mistake in the mind of a philosopher.

I learned something-
I am mortal;
maybe tomorrow will come without me.

I would like to be like Moses,
inscribing the words of God;
but a stone tablet would break my plastic pen.

And besides
I have no burning bush
for a candle.

I would like to be like Argus,
gazing on the world with a hundred eyes;
but the universe is too vast for me.
Though if I don't see everything
how will I be certain of anything?
Doesn't a brain have to swallow the universe
before it can be sane?

Listen to the atoms buzz!

Are they there where they were?
Will they remain where they are?
Are you sure who you'll be in the morning?

How solid is iron?
How stable is mind?

Do you cast a shadow in the sun?

I'll tell you this -
the only certainty is in a burning bush.

Will I be alive tomorrow?
Was I ever alive?
I am thankful
to have caressed a cat.

Giacometti said once
that if there were a fire in an art gallery
he would rescue a cat before a Rembrandt.
A wise man.
A painting will not scream in the flames.

We ourselves had a cat which died.

Of course it isn't proper to lament a cat
when there are earthquakes in China,
and floods in Bangla Desh,
and famine throughout half the world.

But we had a cat which died;
and we loved him.

C S Lewis said once
because of the pain of a frog
that it had been better
if there were no universe.
A humane man.
But there is a universe,
and there are flames,
and there is vulnerability,
and we must flee from the burning.

A year or two back
an American artist
had a travelling exhibition in Germany.
Somewhere between galleries
the van containing the pictures went off the road
and the paintings were destroyed amongst the flames.
Ten years work. Lost.

Another painter, an Englishman,
did a picture a day for a year to illustrate Dante's Inferno.
They were almost incinerated
by a fire in the store-room.

'Und Alles Sein ist flammend Leid'
- thus the painter Franz Marc
wrote on the back of a canvas.
'And all Being is flaming agony'.

Have you never seen those many metal birds
hovering over the horizon,
womb-full of many metal eggs?
Pregnant with poison they wait for the impulse to lay.

It is so difficult to avoid the flames.

Why, do you think is it so much more easy
to destroy things than to build a little civilization?
Iona was so vulnerable before the Vikings.
Flames. Flames.

Moses was right.
A writer ought to write on stone!

Maybe all artists should work in stone.
That is if they are after immortality.

Is it not odd how many mediaeval artists
didn't sign their work?
Is it simply that they were not working for their own glory
but only for Truth?
Is it also perhaps that they had no doubt
about their immortality?
God knew their names and that was enough.
Who knows, but it seems
they were working for the betterment of mankind
instead of self-conceit.

It irritates me sometimes
if someone visits
when I am busy with my precious writing.
But what is the raison d’etre of art
if it is not to enrich people?
Isn't this the biggest sin of all –
to worship what our own hands have made,
and to make human sacrifice to our god?

In a way, I suppose, those old artists died
for their own communities.
They were alive for ever in their work.


But what if I die before I achieve anything?
I am no Buddhist.
When I enter the water
I want to cause a ripple or two!