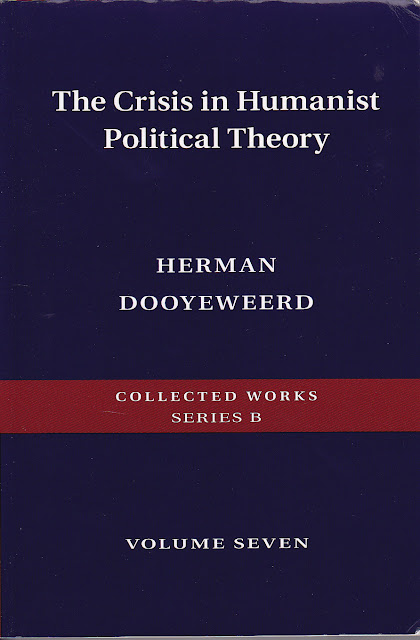 The Crisis in Humanist Political Theory


The author, Herman Dooyeweerd, a member of the Royal Netherlands Academy of Arts and Sciences, taught legal theory and philosophy at the Free University of Amsterdam from 1926 to 1965.

Analogous to the way in which Leonard Nelson alluded to a science of law without law, Dooyweerd highlights the crisis in humanist political theory as a theory of the state without a state. His seminal ideas about the nature of the state as a public legal institution delimited by its jural function extend far beyond the modest size of this book. Above all it demonstrates, albeit in a provisional and tentative way, the shortcomings prevalent within modern humanistic theories of the state as well as the direction in which a Christian theory of the state ought to be articulated – a task to which he made a considerable contribution both in the third volume of his A New Critique of Theoretical Thought and in his multi-volume Encyclopedia of the Science of Law.
***
“My point of departure for a view of the limits of state sovereignty which I set forth in the closing section of this work is consciously taken from the theory of Johannes Althusius.” (Herman Dooyeweerd)
***
From Editor's Foreword:
In a conversation Dooyeweerd once made the remark that of all the works he had written this book on The Crisis in Humanist Political Theory posed the greatest challenge for the reader. It was intended to give a provisional account of his new systematic philosophical insights.